How Does Secure Socket Layer (SSL or TLS) Work?

The Secure Socket Layer, SSL for short, is a protocol by which enables services that communicate over the Internet to do so securely.

SSL has recently been replaced by TLS (Transport Layer Security).  TLS is newer and more secure than SSL (See TLS vs SSL: What is the difference?); however, from a lay-person’s perspective of “how does it work,” they are functionally the same.  We use the term “SSL” to refer to both TLS and SSL in this article for simplicity.

Before we discuss how SSL works and what kinds of security it provides, let us first see what happens without SSL.

Life on the Internet without SSL

This is, for example, what happens when you go to any web page whose address begins with “http://” (and not “https://”).

This results in two very real security issues for communications over the Internet: 1. knowing for sure that you are connecting to the intended servers  (i.e. those at your bank and not those at a hacker’s or phisher’s web site), and 2. knowing that your data is safe from prying eyes during transit to those servers: trust and encryption. This is where SSL comes in. 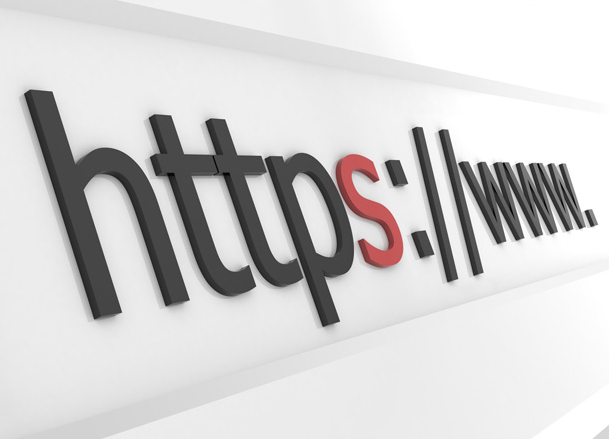 To solve these problems to a large degree, most Internet services support use of SSL as a mechanism for securing communications. To illustrate how SSL works, let us use another analogy.

Jason wants to communicate using “snail mail” with a company to send important information back and forth (e.g. a bank). Jason wants to be 100% sure that he is communicating with this particular company and that no one can eavesdrop on or intercept the communications.

How can he do this?

Jason has been able to trust that he is talking to this bank and he has also established secure communications with the bank.

How does this apply to SSL?

SSL relies on the concept of “public key cryptography” to accomplish these same tasks. In normal “symmetric” encryption, the two parties communicating share a “password” and that password is used to both encrypt and decrypt messages. While this is fast and efficient, how do you communicate the shared passwords with people you have not yet met in a way that is itself secure?

If Jason sends Mary a message encrypted with John’s private key, then anyone can open it, as everyone has access to John’s public key.  However, successfully opening the message proves that it was sent by John and no one else, as only John has access to his private key. This is like an envelope that only John can seal, but which anyone can open and thus prove that John sealed it.

Then, when Jason wishes to communicate with the company at company.com,

So, Are there Limitations to This Process?

This all sounds great — what are the down sides? There are a few.

Older short keys can be broken by trial and error if one has access to significant computer resources and a good amount of time. These days, keys used for SSL certificates are generally “2048 bit” or greater to make them safe from such attacks (for a good while still).  Similarly, ciphers used for symmetric encryption used in SSL are “128 bit” or better. There are so many possible passwords with 128 bit that it would take significantly longer than the age of the universe to “guess” one.  The real danger is the cipher algorithm, more than the key length.

While use of SSL ensures that your communications cannot be spied on, it comes down to trust to ensure that you are truely communicating with your intended company. This is reflected in the validation of company.com and your trust of the third party organization doing that. Some “secure sites” do not bother to get a third party’s approval and have their keys approved by “themselves.”  Others use third parties that free or are almost free and which spend very little effort in validating the company. In these cases, SSL provides you with little or no real assurance that you are really talking to your intended company and not some hacker trying to forge their identity to communicate with you in a manner in which you think you are safe. (e.g. see how Gogo Inflight Internet used faked and untrusted SSL certificates to  interfere with secure communications).

For defensive use of the web, you should pay attention to warnings generated by SSL when you connect to secure sites. Such warnings include “expired certificates,” “domain name mismatches” — where the domain name presented by the company is different than the one to which you are connecting, and “untrusted certificates” — where the public key (certificate) presented by the company was not validated by a third party that your computer trusts. In all of these cases, you should be very wary.

You should also look for a “Green Address Bar” in your browser window as this indicates that the site uses an “Extended Validation SSL Certificate” which costs a lot more for a lot more vetting of the company’s identity.  Organizations that are security conscious use these to enable end users to easily visually see that their sites are trusted.

SSL uses one of a large variety of possible “ciphers” (encryption algorithms) to perform the symmetric encryption.

Use of a poor/weak cipher can result in fast SSL that is easily compromised.  Currently, it is recommended that one use 128-bit or stronger AES encryption as your cipher for SSL in general.  See: 256-bit AES Encryption for SSL and TLS: Maximal Security.  For HIPAA-compliant web sites and sites requiring a strong level of encryption, there are well documented lists of ciphers that should be used, as others may be considered insecure.

What Services Can be Protected With SSL?

Almost any Internet service can be protected with SSL. Common ones include WebMail and other secure web sites such as banking sites and corporate sites, MySQL, ActiveSync, POP, IMAP, and SMTP. LuxSci provides SSL services to protect your username, password, and all communications over all of these and other services.

This entry was posted on Monday, July 22nd, 2013 at 7:01 am and is filed under AAA Featured Articles, LuxSci Library: Security and Privacy, LuxSci Library: The Technical Side of Email, Popular Posts.