Does secure texting exist, or is it as elusive as a clear photo of bigfoot? To answer that question, we have to take a look at the main SMS (short message service) protocols.

The majority of the world’s texting is done using either the Global System for Mobile Communications (GSM), High Speed Packet Access (HSPA) or Long Term Evolution (LTE) standards. Under these systems, text messages are transmitted from devices to a short message service center. This center stores the messages and attempts to send them on to the recipients. If it cannot reach them, the messages are queued to be tried again later. 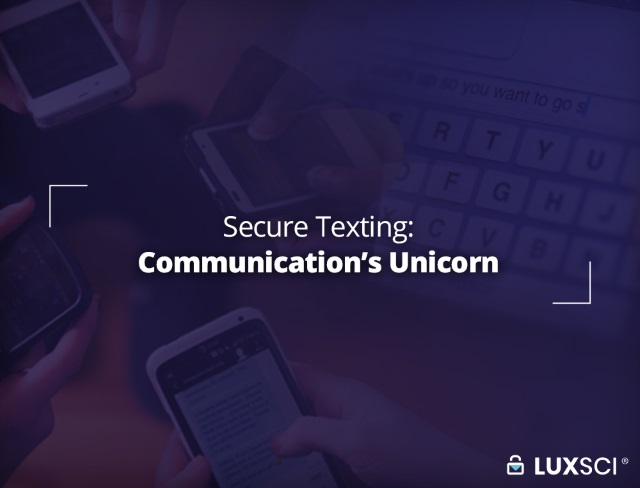 The Issues with SMS

The main problems with SMS messaging are that it is both unreliable and insecure.

The Reliability of SMS

Unfortunately, SMS messages are inherently unreliable. The sender does not know whether their message has been delivered, nor whether it has arrived on time. On top of this, messages can be completely lost, while others may only be received long after the were needed.

SMS messages have issues with confidentiality and authentication, as well as a number of widely known security vulnerabilities.

Messages sent with GSM are only optionally encrypted between the mobile station and the base transceiver station. If they are encrypted, they use the A5/1 cipher, which is known to be vulnerable. This makes it possible for anyone with enough motivation to read the messages.

If that isn’t bad enough, the authentication process is also flawed. Users are authenticated by the network, but the user does not authenticate the network in return. This makes the user vulnerable to man-in-the-middle attacks.

You may think that you are safer if you use LTE, but renegotiation attacks can be used to force your phone to use GSM instead.

On top of this, there are also the dangers of SMS spoofing, sim swapping, and a variety of other security vulnerabilities. Since we can’t trust the encryption or authentication processes in SMS, it’s best to assume that any SMS you send can be intercepted and accessed.

As you can see, secure SMS is like a unicorn. It doesn’t exist, and you should never use the medium to transmit any sensitive or valuable information. Because of this, SMS messages should either be avoided or strictly controlled, particularly in tightly regulated fields like healthcare. All it takes is one message that accidentally contains ePHI, and your organization could be feeling the heavy hand of HIPAA penalties.

But I hear the term secure texting all the time…

That’s true, lots of providers refer to their offerings as secure texting. But the majority of these services aren’t using SMS. If they are, then they certainly aren’t secure and you should steer clear of anything to do with the company.

How Can Messages Be Sent Securely?

Although the standards used for SMS are lost causes, that doesn’t mean that you can’t securely exchange short written messages.

LuxSci’s solution doesn’t send sensitive information over the standard protocols used for SMS, so you don’t have to worry about any of the security issues that surround SMS messaging.

SecureText transmits its data with TLS protection, stores its information with 256-bit AES, and data is never kept on the recipient’s device. Recipients use password-based authentication to access the information and messages are securely stored in LuxSci’s databases. Every step is safe and completely HIPAA compliant.

The best part? No one has to download yet another app to send or receive secure messages.

The protected and HIPAA-compliant design of LuxSci’s SecureText makes it useful for sending ePHI in a range of different situations. It’s a great option for messaging without email.

It can be used to send appointment reminders, for general communication with patients, and to send real-time alerts that include sensitive information. All with none of the risk that comes from SMS messaging.

Want to discuss how LuxSci’s HIPAA-Compliant Texting Solutions can help your organization?  Contact Us

To Text or Not To Text: Texting under HIPAA

Sometimes, technology just sneaks up on you. Patients want to speak with you – stat – about lab results or to schedule, be reminded of, and confirm an appointment without an interminable wait in the phone queue. Patients want text messaging — which has quickly become the new normal for everyday communication — to be used routinely for their healthcare needs, as well. You hesitate, concerned not only about the appropriateness of text messaging, but the legal ramifications. These are legitimate concerns.

HIPAA unambiguously states that sending health information in a text message is a straight up violation, unless it is to a patient and a proper consent form has been signed (as discussed below). This provision applies to messages as simple as appointment reminders. If you engage in such a practice and do not document context, consideration, and patient consent, you will be in willful neglect and quite possibly assessed up to $50,000 for each text message.

Why is text messaging such a hot-button issue to HIPAA enforcers? Under what conditions can health information be sent by way of regular text messages? The good news is that you can secure text messages rather simply and not jeopardize your patients’ privacy or your healthcare practice. Please read on. 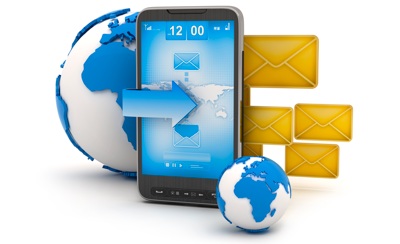