What is your browser telling you about SSL/TLS?

The continuous drumbeat of news about pervasive surveillance, security breaches, identity theft, malware, phishing and so forth has had at least one salutary effect on our interactions on the web. The general public is increasingly aware of the need for safe browsing habits, such as not clicking on unknown links in webmail, hovering your cursor over hyperlinks to see if you recognize the URL revealed, and, above all, to “Look for the Lock”.

Such mnemonics and visual aids are important ways to communicate security features to end users, allowing them to take informed decisions on what level of trust they should expect during a particular instance of communications on the web. This post will concentrate on these visual indicators, in particular how browsers represent the identity of the server/site with which an end user would like to interact. The SSL/TLS certificate that the server presents to the browser at the start of the communications is the information source which the browser uses to create the appropriate visual representation that guides the user. Readers would do well to brush up their knowledge on the different types of certificates that are available by reading our previous posts on the subject, as what follows will assume that the reader is aware (at least at a high level) of their basic properties and differences.

Most people are now aware of the need to look for the https://….. in the browser address bar as well as the lock symbol accompanying it. This is the part of the screen that is controlled purely by the browser, which populates it with the site URL and other security information gathered from the SSL/TLS certificate used to secure the connection.

For instance, look at the images below of the luxsci.com website as shown in the address bar of Google’s Chrome, Microsoft’s Internet Explorer (IE), Mozilla’s Firefox and Microsoft’s Edge browsers.

SSL and TLS are the workhorses that provide the majority of security in the transmission of data over the Internet today. However, most people do not know that the degree of security and privacy inherent in a “secure” connection of this sort can vary from “almost none” to “really really good … good enough for US government TOP SECRET data”.  The piece which varies and thus provides the variable level of security is the “cipher” or “encryption technique”.  There are a large number of different ciphers — some are very fast and very insecure.  Some are slower and very secure.  Some weak ones (export-grade ciphers) are around from the days when the USA did not permit the export of decent security to other countries.

AES, the Advanced Encryption Standard, is a relatively new encryption technique/cipher that is the successor of DES.  AES was standardized in 2001 after a 5 year review, and is currently one of the most popular algorithms used in symmetric key cryptography (which, for example, is used for the actual data transmission in SSL and TLS).  It is also the “gold standard” encryption technique; many security-conscious organizations actually require that their employees use AES-256 (256-bit AES) for all communications.

This article discusses AES, its role in SSL, which web browsers and email programs support it, how you can make sure that you only use 256-bit AES encryption of all secure communications, and more. END_OF_DOCUMENT_TOKEN_TO_BE_REPLACED

Simplicity is: logging in without a username or password

“I really like what I can do in the web interface, but having to enter my username and password to login each time is extra work.”

We’ve seen the above comment many times.  Identity verification, as everyone who has not been lost on a desert island for 10 years knows, is really, really important these days.  But like many aspects of security, it can be rather annoying.

On the bright side, there are a number of ways to get around this step and make the login process simpler without necessarily making your account less secure.  Here is how we have helped many customers simplify their Internet life.
END_OF_DOCUMENT_TOKEN_TO_BE_REPLACED 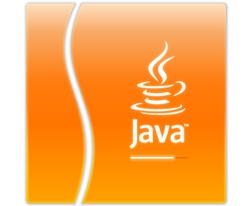 LuxSci has added plug-ins to its WebMail application in version 10.10 of LuxSci’s software which includes two JAVA applets.  So, were we hesitant to add JAVA applets, FLASH, ActiveX, and other plugins in the first place?  And why the sudden change of heart?  What does this mean for our customers who are concerned about security or who do not want or cannot use JAVA applets?

END_OF_DOCUMENT_TOKEN_TO_BE_REPLACED

Easy Bulk Download of all Attachments or all Selected Messages

LuxSci has released a new bulk downloading tool that allows users to save many files at once to their computer with minimal effort.  With LuxSci WebMail, this means that now users can: