Gmail, Outlook, Apple Mail and More: How to View Headers in Email

If you are having problems with message delivery, one of the first troubleshooting steps is to view the email headers. You can do this by viewing the message source. We will explain the basics, then teach you how to view headers in email for the most popular clients. These include Gmail, Apple Mail, Yahoo! Mail, Thunderbird, and Outlook. 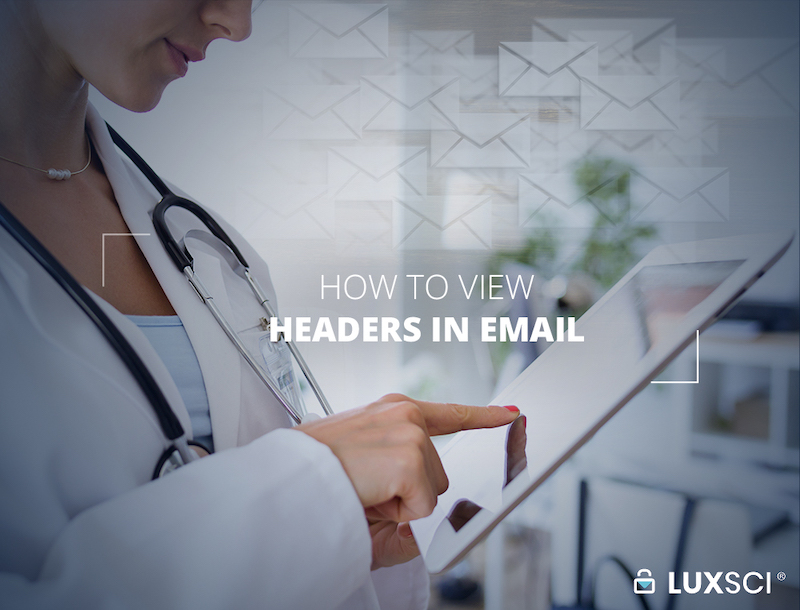 END_OF_DOCUMENT_TOKEN_TO_BE_REPLACED

SSL and TLS play critical roles in securing data transmission over the internet, and AES-256 is integral in their most secure configurations. The original standard was known as Secure Sockets Layer (SSL). Although it was replaced by Transport Layer Security (TLS), many in the industry still refer to TLS by its predecessor’s acronym. While TLS can be relied on for securing information at a high level—such as US Government TOP SECRET data—improper or outdated implementations of the standard may not provide much security.

The Advanced Encryption Standard (AES) is an encryption specification that succeeded the Data Encryption Standard (DES). AES was standardized in 2001 after a five-year review and is currently one of the most popular algorithms used in symmetric-key cryptography. It is often seen as the gold standard symmetric-key encryption technique, with many security-conscious organizations requiring employees to use AES-256 for all communications. It is also used prominently in TLS. END_OF_DOCUMENT_TOKEN_TO_BE_REPLACED

A few weeks ago, we introduced the option for users in security-enabled accounts (such as users subject to HIPAA compliance requirements) to determine for themselves which messages need to be encrypted and which do not.  See: HIPAA Compliant Email – You Decide Which Messages Need Encryption

We have also enhanced Opt Out to enable administrators to have more control over who can and cannot opt out of SecureLine email encryption.
END_OF_DOCUMENT_TOKEN_TO_BE_REPLACED

How to Open and Read .eml Email Files

Many email programs and services allow downloading and/or saving email messages in a format called “.eml”.  This format is very simple and very standard.  These are plain text files that hold one email message per file and which contain the full message headers and full MIME-encoded message content.

LuxSci allows saving email messages from WebMail and from the SecureLine Escrow portal as eml files for offline usage, and the importing of eml files directly into your email folders.

While .eml is a widely used standard, old versions of Microsoft Outlook (before v2010) do not support it and that leaves many people wondering what to do with these files.

Here we explain how to open and view .eml-encoded message files on your computer. END_OF_DOCUMENT_TOKEN_TO_BE_REPLACED

We at LuxSci are always being asked questions about various email programs and their usage.  With HIPAA compliance becoming more and more important, we get a lot of inquiries regarding secure email. One of the most frequently asked questions is how to install S/MIME security certificates in various email programs that our servers support. Sometimes finding instructions on installing security certificates in various email clients is difficult, even with the help of search engines. To make your search easier, we have complied instructions for several of the the major email clients: