Email Filtering and Security: What You Need to Know

Email is pretty much the only way in which businesses communicate today. According to statistics published in 2015, we were generating over 200 billion emails per day and it was predicted that this figure would grow at a rate of 5% every year. It would be safe to assume that the estimation wasn’t wrong and that we are producing more emails today.

Email has been the preferred option for a wide variety of reasons. To begin with, it is very simple. Everybody knows how to send an email and it really doesn’t take much to learn. Then, there’s the very nature of email that makes it an effective option. You can send an email anywhere and at any time.

But, here’s the thing – simplicity and flexibility are what make email vulnerable. Yes, its biggest strengths are also its greatest weaknesses. Email is so simple that anyone with basic knowledge can intercept it and use it to their own benefit.

You see, email is just like any other form of communication that occurs over the internet. The information is sent over a public network. This includes servers belonging to various third-party entities. These entities can intercept, read, and even alter the email, if the email is not well-secured.  Generally, it is also trivial to forge email and send mass email. 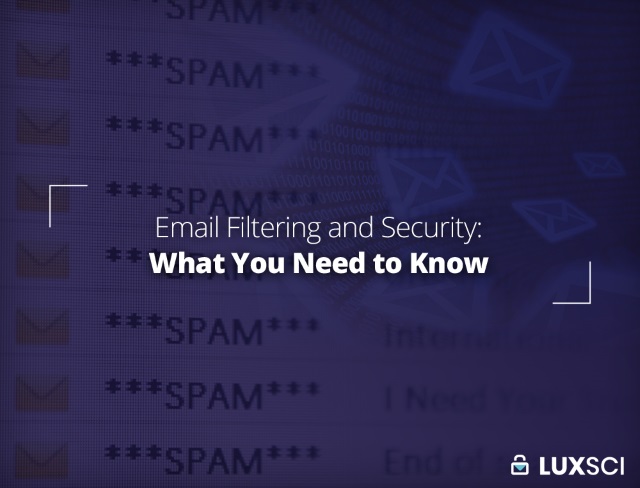 Needless to say, the statistics reflect this. In 2017, Symantec released a report in which it was estimated that more than half our emails were spam; 54% to be specific. It was also determined that around 1 out of 9 email users encountered malware in early 2017.

In another study from Clutch, 57% of IT decision makers reported that their respective organizations had fallen victim to phishing attacks. END_OF_DOCUMENT_TOKEN_TO_BE_REPLACED

The FIN7 Attacks: What They Tell Us About the Latest Hacking Techniques

At the start of the month, the Justice Department laid charges against three key members of FIN7, one of the most sophisticated cyber-criminal rings that has ever been seen. The arrests came as a result of cooperation between government agencies such as the FBI, credit card companies Visa and Mastercard, and threat analysts from FireEye. While the charges probably won’t put a stop to such a well-resourced group, the investigation has given us insight into some of the latest techniques that are being used by hackers. 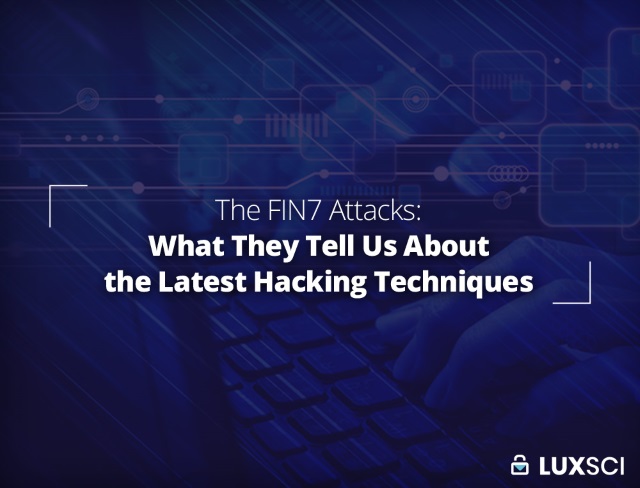 According to Wired, FIN7 are responsible for attacks on more than 3,600 business locations, stealing over 15 million credit card numbers–and that’s just from their US activities. Some of the affected businesses include Arby’s, Chipotle and Chili’s, although FireEye reports that they have targeted a range of sectors in both the US and Europe, ranging from government and finance to gaming and travel. The hacking group’s attacks are so lucrative that the CTO of Gemini Advisori, Dmitry Chorine, estimated them to be making $50 million each month, with a total of over $1 billion in the years that they have been active. END_OF_DOCUMENT_TOKEN_TO_BE_REPLACED

McAfee announced several months ago that it is “end-of-lifeing” its Email Filtering and Email Archival services.  These are the services that LuxSci has been reselling for more than 10 years (as one of McAfee’s first resellers in this area) as its Premium Email Filtering and Archival solutions.

After a lot of internal review, LuxSci has chosen to replace McAfee’s services with Email Filtering from Proofpoint and Archival from Sonian.  While McAfee (formerly MXLogic) had its time as the premier service for Filtering and Archival, they have declined over time compared to alternatives.  Both Proofpoint and Sonian are leaders in their respective areas and provide a level of service significantly superior to the disappearing McAfee services.

Beginning in early January of 2016, LuxSci will switch to selling Proofpoint and Sonian as its solutions for Premium Filtering and Archival for all new accounts and for all accounts that do not yet have these services and wish to upgrade.  Starting in January, LuxSci will also begin migrating existing Premium Email Filtering customers who do not also have Archival over to the new Proofpoint solution.  Later, starting March or April, we will begin migrating customers who have Archival as well.

How does Proofpoint differ from McAfee for Premium Filtering?

Analysis has show that Proofpoint is much more accurate than McAfee filtering — stopping more spam with fewer false positives and stopping more phishing-related traffic automatically.  This is in part due to the much larger size of Proofpoint’s client base and their ability to leverage dynamic analysis of all of the data flowing through their systems. END_OF_DOCUMENT_TOKEN_TO_BE_REPLACED

We have just completed a long series of articles discussing how attackers forge email messages and what technologies and techniques can be used to counter these attacks.  See: Email Identity and Forged Email.

In this post, we will discuss some best practices when using LuxSci to maximize your protection against forged email messages. END_OF_DOCUMENT_TOKEN_TO_BE_REPLACED

LuxSci’s email services are versatile, as well as secure. We offer solutions to many problems and meet a diverse assortment of specialized needs.  One important niche well-served by LuxSci’s flexible and highly configurable system is that of parental control — specifying exactly what email should be sent and received by children and keeping tabs on that email, while not restricting the parent’s (administrator’s) email usage.

This article highlights the many options available to configure an account for parental control.  As each parent’s requirements differ, each parent may wish to choose a different combination of settings.  No problem! LuxSci is infinitely configurable.

You should start by ordering a LuxSci email hosting account with your own domain name (i.e. your-family.com) and Premium Email Filtering.  Once you have a LuxSci email account, and have created users for your family members, you can proceed with the following configuration ideas to make your account family friendly and safe. END_OF_DOCUMENT_TOKEN_TO_BE_REPLACED