Bring Your Own Device (BYOD) policies are on the upswing, with many organizations embracing them for the perceived cost savings and productivity gains. Allowing employees to bring and use their own devices for work purposes generally means that they are more comfortable and efficient at using them. It also saves businesses from purchasing and replacing devices as technology progresses.

BYOD policies aren’t exactly a win-win situation for enterprises, as these benefits come with a range of security complications. One of the biggest questions is which operating system is better, Android or iOS? 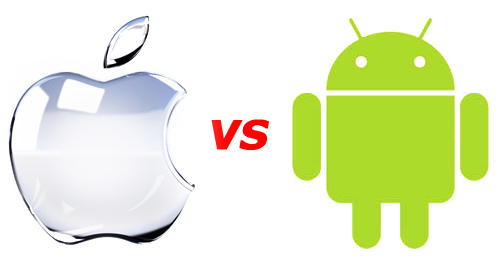 Despite Android dominating the rest of the market, in a 2015 survey (the latest reliable data) iOS dominated the enterprise scene with 66% of devices. Although there aren’t any more recent figures that can be trusted, Android’s security issues over the last few years may have acted as a deterrent for uptake in the business environment.

Android is open source in nature, while iOS is closed source. While there are benefits to each of these approaches, Android’s nature has seen it develop more significant security issues than its rival OS.

Another key issue that Android faces is its fragmentation across the market. Six months out from its release, Android’s latest version, Nougat, has seen little more than a 1% adoption rate. About 31% of users are still using the previous version, Marshmallow, while about the same number again are using the version before that, Lollipop. iOS 10 was released at a similar time, however it is already used on 76% of devices.

This is largely due to Android being used across devices from a wide range of manufacturers, including many budget models. Each manufacturer can add their own software to their Android devices, which results in security complications that Apple doesn’t have to deal with. Apple only has to worry about its own devices, which makes it much easier to deploy the latest versions of their operating system. END_OF_DOCUMENT_TOKEN_TO_BE_REPLACED

LuxSci is pleased to announce the availability of SecureChat, a secure, HIPAA-compliant chat and texting service that works through any modern

web browser and though native Apps for iOS and Android devices.

SecureChat enables real-time texting and communications of files in a way that is secure and compliant, unlike regular text messaging and use of apps like Skype.

“Delays in communication no longer represent a delay in care. Our facility did a pilot study and it showed that the average response time from doctors using secure chat is 1-2 minutes, compared to 28 minutes when they used pagers and phones. I oversee a multidisciplinary team of health care professionals. With so many people involved, having fast, secure text messaging is critical to how we relay doctor’s orders and changes in patient status, and get nursing updates and therapy reports.”

SecureChat is integrated with LuxSci and provides a fast, clean, and simple interface to communicating on-the-go (and in your seat) with other SecureChat users.

One SecureChat license is needed per individual using the SecureChat system; however, your licenses do not have  correspond to the users in your LuxSci email hosting account.  They could include a subset of these people, as well as licenses for arbitrary external users that you also wish to include.

Please contact Sales if you have questions about SecureChat, or if you would like to try it out for Free.

Many years ago, it used to be that if you had a cell phone that had an email program included, you could configure using IMAP and SMTP to allow you to check email and send email…. just like how a desktop email program worked.

This is still the case, of course.  However, as far back as 1996, Microsoft introduced the first version of “ActiveSync”, a protocol designed to allow mobile devices supporting it to synchronize email, calendars, tasks, and contacts with Microsoft’s Exchange server.  ActiveSync has evolved over time, getting faster, offering support for use in every modern mobile device.  While ActiveSync was designed to work with the Exchange server, these days it also works with other non-Exchange services that can talk the “ActiveSync language,” e.g. LuxSci through its Mobile Sync service.

In general, ActiveSync is much better than using IMAP and SMTP, though there are a few small corner cases where IMAP may be better for you.  Below, we shall compare them from an end-user perspective … trying to shed some light on “which is better” from a practical point of view. END_OF_DOCUMENT_TOKEN_TO_BE_REPLACED

When health care organizations review their operations to see where electronic protected health information (ePHI) is being saved, transmitted, and viewed, a great deal of time is spent on the obvious candidates: email, chat, stored files, and health records, etc.

Many overlook the fact that ePHI can be embedded in Contacts, Calendars, and Tasks.  Consider for example: END_OF_DOCUMENT_TOKEN_TO_BE_REPLACED

HIPAA Compliant Calendars, Contacts and Reminders – Tasks for your iPhone and Android

While use of mobile devices and tablets in medical situations is pervasive; HIPAA compliant synchronization and storage of such information is often seriously lacking.  Everyone knows email can contain ePHI, but calendar appointments, address books, and task lists can and do contain just as much ePHI and their secure use must be strictly enforced.

LuxSci’s WebAide collaboration tools, combined with MobileSync for real-time synchronization with mobile phone and tablets (and Outlook 2013), provide a simple and effective HIPAA compliant solution for synchronized mobile accessible calendars, contacts and reminders or tasks (oh ya, and email). END_OF_DOCUMENT_TOKEN_TO_BE_REPLACED